Press Release: The Justice for Greenwood Foundation Calls for a Formal Investigation of the 1921 Tulsa Race Massacre by the US Department of Justice 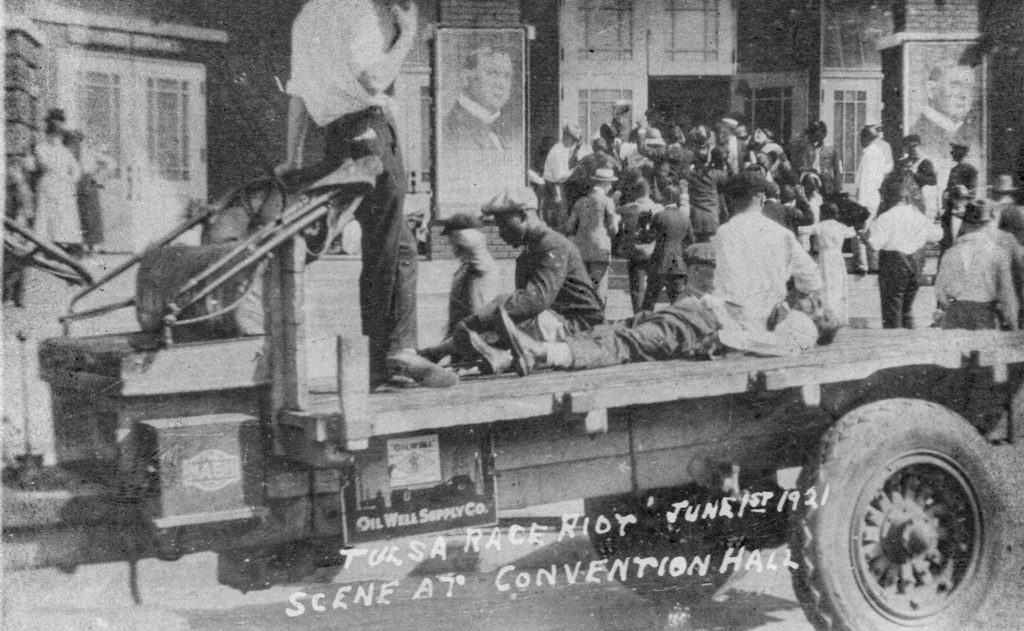 TULSA, Okla., Dec. 14, 2021 /PRNewswire/ --The Justice for Greenwood Foundation, Schulte Roth & Zabel LLP (SRZ), and a team of civil and human rights lawyers have met with the office of the Assistant Attorney General for Civil Rights at the U.S. Department of Justice ("DOJ"), and sent a supplemental letter detailing the necessity of a formal investigation into the 1921 Tulsa Race Massacre. The meeting follows an initial call for an investigation in August 2021.

Pursuant to the Emmett Till Unsolved Civil Rights Crime Act of 2007, together with its 2016 Reauthorization, the letter asks that the DOJ conduct an impartial investigation into the Massacre that will provide overdue transparency into the City of Tulsa's handling of the Massacre's aftermath and answer the questions that have long gone unresolved, as the City has long failed to adequately conduct an investigation and prosecute those responsible.

"We are calling on the DOJ to bring the brawn of the federal government to Tulsa to help heal these century-old wounds by conducting a meaningful and objective investigation into the Massacre," said Damario Solomon-Simmons, founder and Executive Director of J4G.

In late 2020, over 30 coffins were found in unmarked graves, which included the skeletal remains of a Black man with multiple gunshot wounds to his head and shoulder, where witnesses reported seeing mass graves following the Massacre. Despite the strong objection from Massacre survivors, descendants, and community-led Tulsa Mass Graves Oversight Committee, the City of Tulsa abruptly reburied the bodies without delivering an investigative report into the deaths or allowing for the remains to receive a proper community-led burial ceremony. To ensure the deaths of the Massacre victims whose remains are found are properly and thoroughly investigated, J4G is calling on the Department of Justice to act as a neutral, third-party investigator and to take over the search and investigation, as well as provide answers and findings that the Massacre survivors, descendants of the Massacre, and the rest of the public, can trust.

On May 31, 1921, one of the worst acts of domestic terrorism in U.S. history completely decimated Tulsa's thriving, all-Black community of Greenwood. A large white mob, including members of the Tulsa Police Department, the Tulsa Chamber of Commerce, the Tulsa County Sheriff's Department and the Oklahoma National Guard, as well as other city and county leaders, overwhelmed the approximately 40-square-block community, killing hundreds of Black residents, injuring thousands more, burning down over one thousand homes and businesses and stealing residents' personal property.

In May 2021, Human Rights Watch published a follow up to their groundbreaking May 2020 report on the Case for Reparations in Tulsa, reporting on the failure of the City of Tulsa and the Centennial Commission to support the survivors' demands for justice.

Sign the petition to the DOJ and demand they conduct a meaningful and objective investigation into the 1921 Tulsa Race massacre.