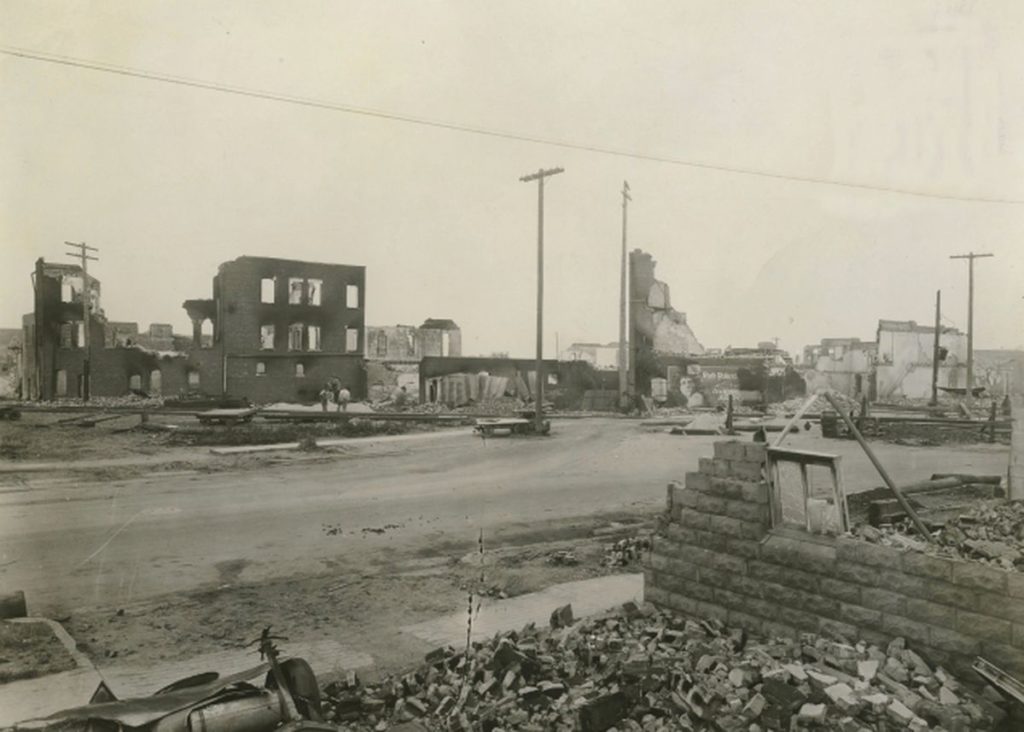 During 1921, Tulsans suffering losses because of the Massacre filed 1,400 lawsuits for over $4 million in property loss.[1] However, City leaders quickly characterized the Massacre as a “race riot,” and because most of the insurance policies held a riot clause that protected against “’riots, civil commotion’ and the like,” insurance companies refused to pay out on the claims of people who lost property in Greenwood as a result of the Massacre.[2] This meant that those who incurred property loss would bear the entire cost of rebuilding. Franklin, Spears, and Chappelle filed dozens of lawsuits against insurance companies, but no recovery was possible in “fully 95 percent of the cases.” [3] This affected whites, many of whom owned properties in Greenwood, as well as African Americans. This denial of insurance claims left the devastated community with no choice but to use any savings and capital they had left to rebuild on their own.